Have you ever experienced money stress? The daily fear that your debit card won’t work at the gas station, or the cheque to the daycare won’t clear? Do you lay awake wondering what you would be doing if you didn’t have this stress hanging over you, if you didn’t HAVE to go to work every day? Are you prepared if your family experiences a life-altering accident?

Jim and Jane* (names changed) didn’t think they would ever have a money problem. He is a realtor and she runs a day care while caring for their 3 children: Amy, David and James. They went about their lives the same way everyone does: one day at a time, doing everything they could for their family. Swim classes, piano lessons, soccer games, camping in the summer and skiing in the winter. Everything was going well until an accident in 2012 changed their lives, and not in a good way.

An Accident Changes Everything

After the accident, Jane was bedridden and unable to work, so Jim took a leave of absence to care for her and help out with the kids. Their situation was tough, but they were managing. Jim and Jane had credit available and made do with that and the bit of money coming from disability, but it wasn’t easy. “We can make it work”, they said to comfort each other at night. “It’s only temporary, we’ll be back on our feet in no time.”

What started out as a short-term situation became their new reality. For 2 years, Jane was unable to work because of her accident so Jim had to get back to work to support the family – they still had a mortgage and two cars to pay for.  No more camping trips or skiing, swim class, piano lessons, or soccer games. While Jim worked to sustain his family, the kids adjusted to the situation. And then it was 2014.

We all know what happened in 2014. Everyone in Alberta is still recovering from the oil crash. The housing market crashed and thousands of people were out of work. They felt stuck; Jim wasn’t able to make the income he used to and Jane was still unable to work for a time. Once again, their credit saved them and kept them afloat. Their world changed in a flash, and they wondered how long they could sustain this.

A Future in Jeopardy

The children continued to grow, as children do. James, the eldest son, was accepted at the university – he dreamed of being a doctor. Although he was able to get student loans, Jim and Jane were still expected to contribute to his education. Any savings Jim and Jane had set aside for their son’s education was long gone. The dreams they had for themselves and their family were fading away and panic was setting in. 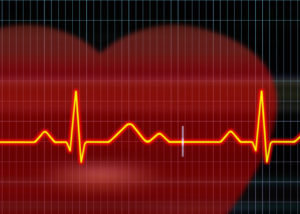 By the time James began school, Jim and Jane were paying close to $3000 every month in interest on their debt. Jane hated the situation they were in and blamed herself for what her family was going through, it was so frustrating and disheartening. She kept her family together with love and humour, and joked that their interest payments were like paying alimony and child support. Somehow they kept it going for 2 more years.

A Tough Decision to Improve Life

When Jim and Jane made the decision to go to 4 Pillars they were at their wit’s end. The team at 4 Pillars went through their budget, income and expenses to see what would be possible, and what they could afford to pay back to their creditors. The plan also had to be acceptable to the creditors. In the end, the creditors approved Jim and Jane’s consumer proposal of $775 per month. This plan saved them about $2000 a month in interest payments. Over the 5-year payment term of their consumer proposal, this saves them $120,000! This savings has freed Jim and Jane from the weight of their tragedy and now the family can begin to heal. Jim is working hard to pay off their consumer proposal in the next year.

“Highly professional staff, I was distressed when I first met with Pradeep. He was very kind and concerned about my financial situation and guided me through the process. I highly recommend 4 pillars consultants for those who have difficulty in paying high interest credit cards”

If you can see your family in Jim and Jane’s story, take a few minutes to visit the 4 Pillars Consulting Group website and arrange your first meeting. They’re waiting to help ease your burden, the way they helped Jim and Jane’s family.

Why People Don’t Budget And Why You Should

Blog 2: Credit Score: What It Is And How To Improve It

Money & Love: Why You Need To Talk About Money With Your Partner BEFORE Marriage